DAMOUR, Lebanon: A crucifix from the top of a coffin with the arms torn off lies on the grass in the remains of Damour's old cemetery. The cemetery was destroyed by Muslim and Palestinian militia groups during a raid on the Christian village on January 20th, 1976. Coffins were dug up and crypts destroyed, with the corpses of the dead thrown into the streets. Approximately 330 civilians were murdered, apparently in retaliation for the bloody Karentina massacre. 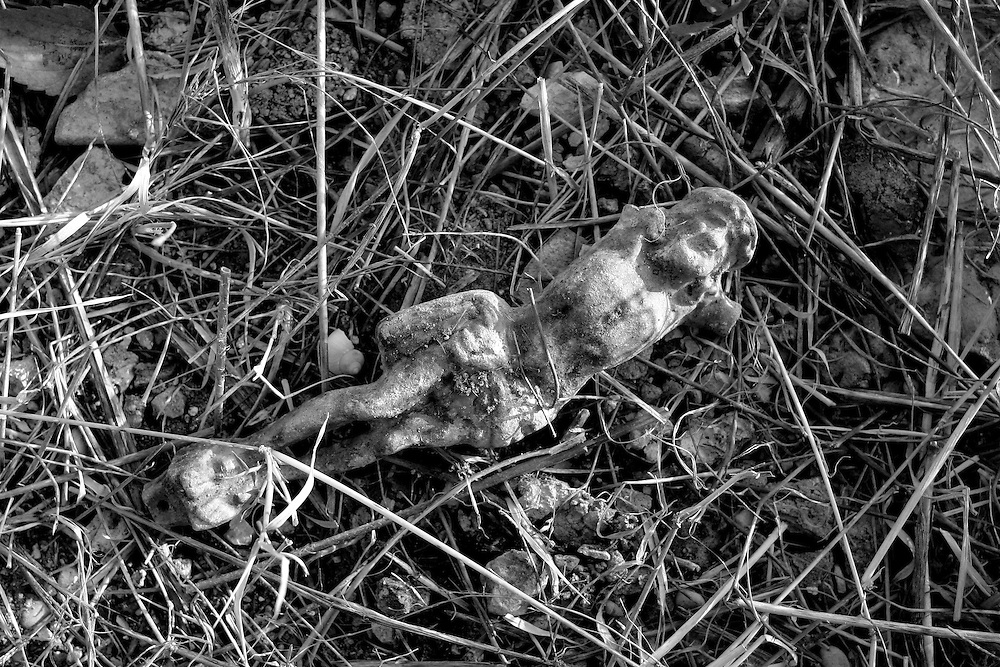